One of the best things about Halloween at Disney time is some of the yummy, special treats that Disney comes out with.  One of my favorites is the cinnamon rolls. Here are my Halloween Mickey Mouse Cinnamon rolls inspired by the ones sold at the Main Street Bakery at the Magic Kingdom. 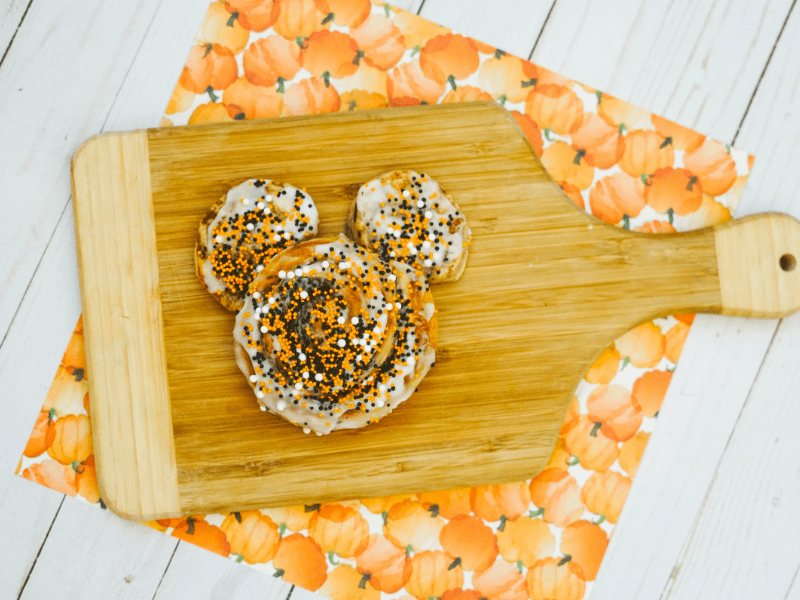 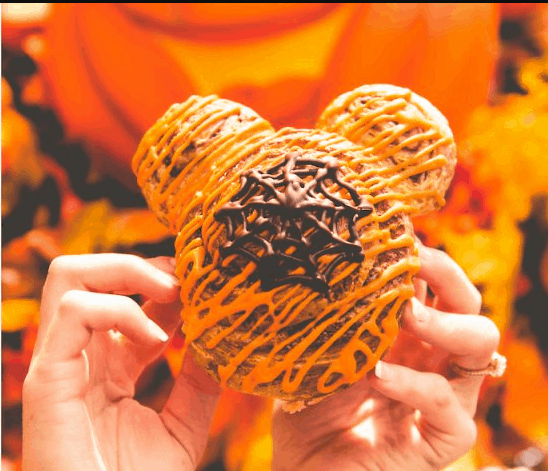 Available every day at the Main Street Bakery you can find the classic Mickey-shaped cinnamon roll topped with orange icing and chocolate spider web. Once you are done baking these, close your eyes smell the aroma and imagine yourself walking down Main Street USA near the bakery.

What Do You Need to Make These Copycat Mickey Cinnamon Rolls

This recipe doesn’t require making homemade cinnamon rolls. The cinnamon rolls found in the refrigerated section of the grocery store, The very best are, of course, Pilsbury. You will need to purchase a total of 3 containers, 2 of the original and one of  Grands.

If you are wanting to make the cinnamon rolls look more like the parks, you should also buy food coloring (red and yellow) and melting chocolate to make the spider web.

4. If you are wanting to replicate the park’s version, add a drop of red and yellow food coloring to the included frosting. 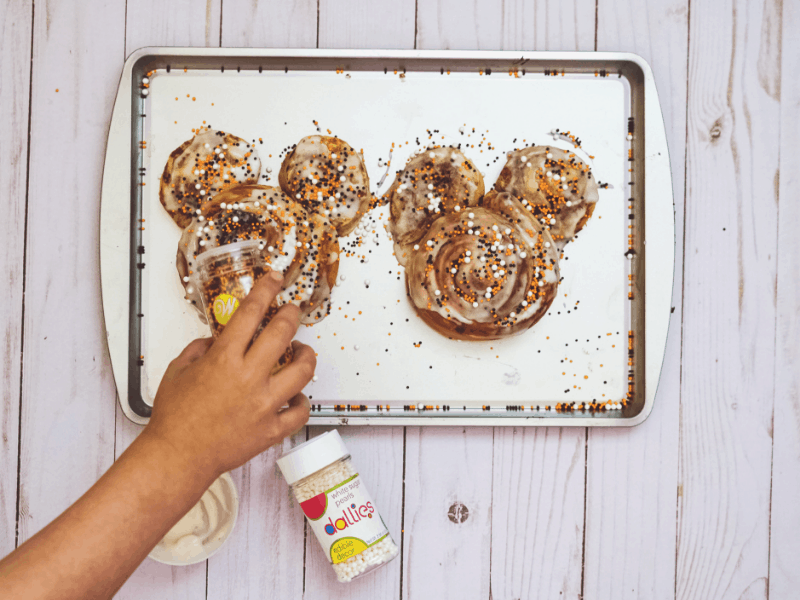 Many Them Shiny: The cinnamon rolls in the park have a nice sheen to them. To create that look brush warm cinnamon rolls with 2 parts water to one part corn syrup mixture to give them a sheen and hold in moisture for increased shelf-life

Give Them a Flavor Twist: Pilsbury has a limited-edition Pumpkin Spice Flavor with pumpkin spice icing.

Have the Kids Help. Have these cinnamon rolls be part of a family movie night and make them together as a family and then settle down to a Disney Halloween movie.

What to Do with Leftovers: Leftover cinnamon rolls can be cut up and layered with yogurt and fresh fruit in decorative glasses to create tasty parfaits.

As an Amazon Associate and member of other affiliate programs, I earn from qualifying purchases.

How does this work when the Grands Cinnamon rolls are supposed to be baked for 25-29 minutes. Aren’t they underbaked if you only bake for 13-17 minutes?

For the Grands Cinnamon rolls the bake temp is 350 degrees, for this recipe the oven temp is 400 degrees. 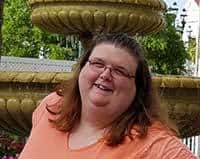