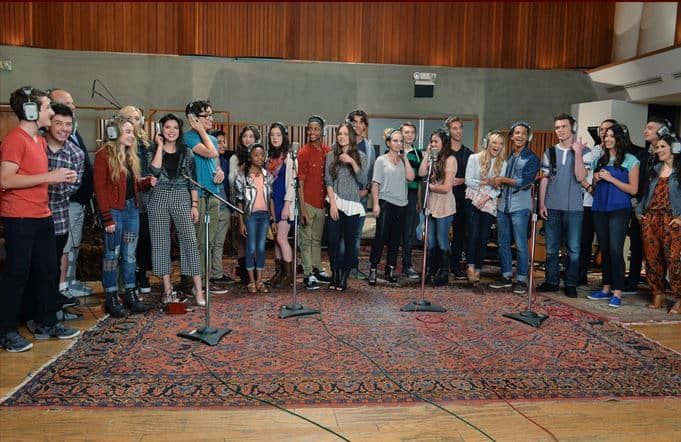 Twenty-six stars of Disney’s hit programming for kids and tweens perform a new interpretation of the song “Do You Want to Build a Snowman?” from Disney’s Academy Award-winning animated film “Frozen.”  The new pop arrangement of the song will debut FRIDAY, JULY 18 on Radio Disney; its music video will premiere on the popular WATCH Disney Channel app for verified users on FRIDAY, JULY 18 and SUNDAY, JULY 20 on Disney Channel.

Steven Vincent, Vice President Music and Soundtracks, Disney Channel, said, “We have a remarkably talented group who, in their approach to this cover song, kept the heartfelt beauty of the original but transformed it into a duet as an ode to friendship.”  He continued, “They were asked to sing live with no pre-recording, so the session became like a big party with a group of friends singing their hearts out and having fun together to deliver a project that ultimately encourages young viewers to express their feelings, to participate in interactive ways and to share their creativity and talents.”